A bright sunny May day (for a change) in Manchester as we made our way beyond the centre of the city and through a housing estate into the Apollo. As is standard for a Manchester gig John Robb is holding court in the foyer, a quick hello and we’re into the main hall. read more 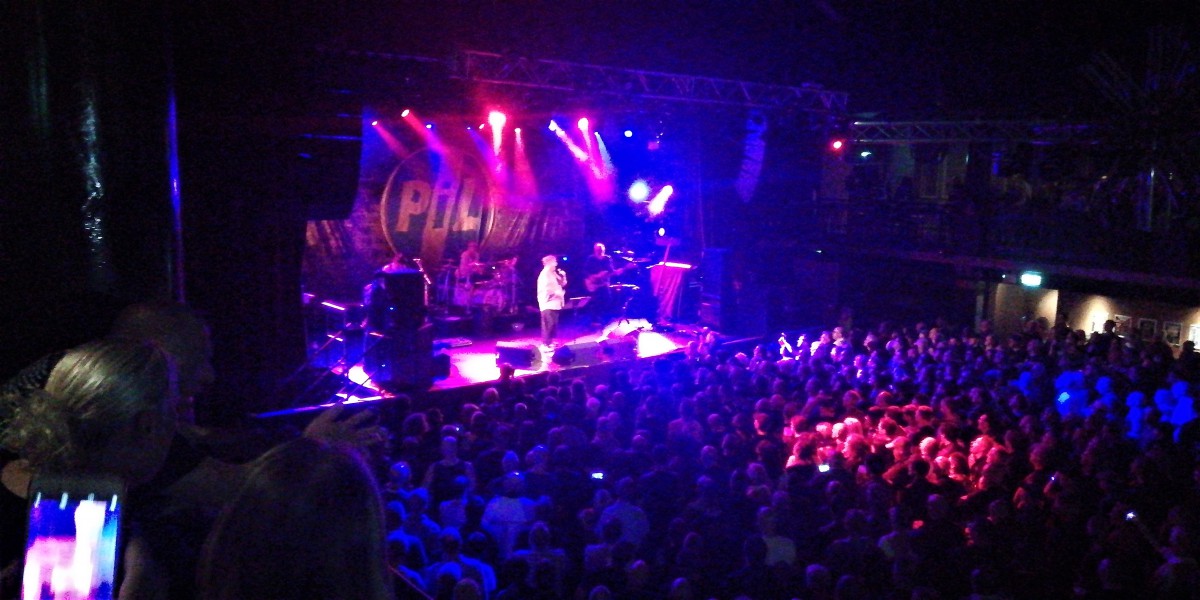 I was up on the balcony for this so the photos aren’t great (are they ever?!). My second PIL gig and as enjoyable as the first. There was moments when I was just stood in awe at John’s powerful vocals. 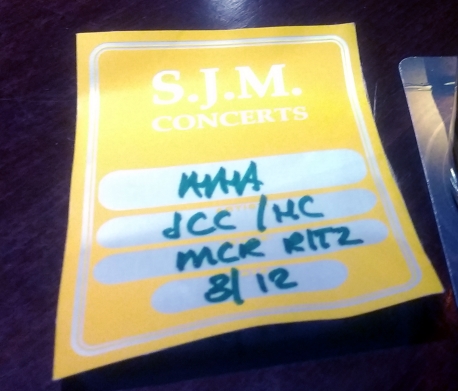 Saturday in Manchester had it’s fair share of early Xmas drinkers and a lot of the pubs I usually frequent before a gig were rammed. That said I managed to get sufficient ale and took in a wonderful Tofu dish in Chinatown with my mate Johnny before the gig.

Never been to the Ritz in Manchester and I was surprised on entering just how big it was. Hugh and Johnny Clarke had managed to sell this out (or very close to it) as the place was packed.

An appreciative audience delighted in Hugh and John’s run through of the album. The songs really shined live helped by a great backing band. There’s a genuine friendship between Hugh and John which came across in between songs. Cool bantz guys!.

Great to see Windsor or drums and Phil Andrews on keyboards. There was a couple of chaps stood behind me commenting on Phil. “Who is he? He has luscious hair!” . Once the album was out of the way John went off stage for a ciggie whilst Hugh delighted the crowd to some old Stranglers classics and a couple of solo numbers. Phil providing the Dave Greenfield-esque freakout on Walk on By.

Was good to meet up and chat with Hugh after the gig.

Hugh’s drummer Windsor has to be one of the greatest drummers out there at the moment.

Great also to see Phil Andrews who handed me a copy of his solo album which I will review on here in due course.

A cheeky Friday afternoon booked off work, me and Lammy meet at Leeds station and before we know it we’re on the train hurtling through the pennines Manchester bound.  Check in at the hotel then onto Chinatown (via a couple of pubs of course).  Another stunning tofu dish at The Great Wall chinese restaurant it never fails to disappoint.  Enough preamble! The gig!

Last time I was in Manchester’s Night and Day Cafe was for a “Phil and Phil Podcast” in which I got a mention for reasons I won’t go into here.  It’s a nice venue but I’m not sure how it will transform as a music venue.  Any decent ale soon runs out so we switch to wine.  We manage to get near the front so we hang fire and wait for Brix and co to appear.  Shriekback’s Mistah Linn He Dead blasts over the PA and I’m very much in the zone right now.  Brix takes to the stage looking amazing (as do the rest of the band to be fair!) .  All the classic Fall songs are there Leave The Capital, US 80s 90s, Bombast, C.R.E.E.P – it’s all beautiful,  there’s even a cover of the Temptations Ball Of Confusion thrown in for good measure.  It’s also worth noting that the new songs sound really very tasty in particular the stomping grunting Give Me Something To Lose.  Hope they get a record out soon.

I face the facts of something I already knew a long time ago.  I’m a Brix era Fall fanboy – There’s no denying it.

Just back from a wonderful day in Manchester.  Was gonna do the Sale gig but I’m skint and I’ve got an early one in the morning.

In the fantastic setting of the Palace Hotel in Manchester the “Louder Than Words” festival is set over 2 days and sees a whole wealth of talent giving talks.  From Wilko Johnson to Jah Wobble to various ex members of The Fall there’s something for everyone.

We head downstairs after being assisted by the wonderful Gill who I believe is partly responsible for organising the weekend.   Gives us a good feeling about proceedings. Walking into the venue, anywhere else you’d class it as the basement but in the Palace it’s a delightful room, tiled walls throughout, quite ornate beautiful really.  There’s about 70 chairs laid out of which I’d say about 2 thirds are full but then there’s people stood at the back.  It’s not a bad turnout but I’m surprised there’s not more people there.  Clearly more people will be present at the gig – why not pop by for this?  I did notice guardian journo and author of the amazing “The Fallen” Dave Simpson present – he’s interviewing ex Fall members tomorrow.

David Hepworth who deserves respect for Word magazine but possibly not for Smash Hits  😆  takes to the stage and gives us a bit of a potted history to his background and it’s most interesting.  I knew bits and pieces but there was some interesting stories – clearly there’s a book in him in his own right.   Bit depressing when he talks about wrapping up the excellent Word mag as there’s just not the interest there anymore.   He introduces Hugh and Hugh pulls up a chair next to him onstage – There’s perhaps a clumsy couple of minutes when the pair of them realise that, despite years in the music industry crossing each others paths they’ve never really met each other.  That said Hepworth does seem knowledgeable about Hugh’s past and gives references to some of the unfortunate journalists who did interview the Stranglers.

I don’t want to quote Hugh verbatim but there were some genuine new stories – highlights :-

1. Whilst recording the Nuclear Device video the pyrotechnic was creating bigger and bigger explosions and with each one he’d disappear behind a bush to masturbate.
2. There was quite a bit of detail around the recording of Golden Brown and how long it took to record.  Hepworth seemed very shocked that JJ didn’t like it and refused to record bass on it.  Hugh mentioned that the band sometimes played instruments on tracks that weren’t there standard fayre.  Hugh stated that he played keyboards on a couple of tracks and even JJ probably played guitar on some.
3.  Hugh volunteered religion as a topic to talk about and he had some interesting views about not having any religious views as such but he believes we’re here as some form of experiment.
4. Hugh also picked “fortune” as a topic of discussion.  Talked about seizing the day when fortune is shining on you.  Mentioned about managing a band after he left the Stranglers and got Langer and Winstanley involved (anyone know the band in question) – Apparently Langer invited one of the band members round to his house and he couldn’t be arsed to attend – Hugh understandably a tad miffed when he found out!
5.  Hugh ended on a couple of songs – Stuck In Daily Mail Land and the Mexican version of Golden Brown – both good.  Much applause and it’s all over.

I attempted to record this on my mobile – me being me I sat at the back and kept myself to myself so the recording might not be brilliant  – I’ll have a look and if there’s enough interest I’ll stick it on here.