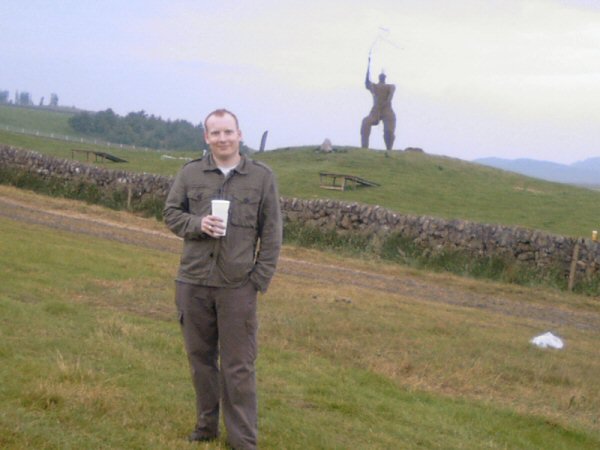 I dunno maybe because it’s near Halloween or maybe because I chanced upon my original post of this on my Stranglers forums today but here’s my original review from 2008 of the Wickerman Festival. Note I gave up the ciggies and meat eating some years go. Anyway over to me 13 years ago….. read more

Popped along to Saltaire Methodist Church on Thurs night to check out Hugh’s book reading. I do like Saltaire especially the breweries monthly “Beer Club” and Fannies ale house

So this was very inviting.

Walked into the Methodist Church to be greeted by Hugh tucking into fish and chips. Had a natter with him for a few minutes whilst a few other punters walked in.

He eventually sits at the front of the church and invites us all to sit in the first 3 pews at the front (which we did). We’re then treated to him reading a section out from his book and the floor is open for a Q&A session. Which starts out with some interesting questions from the crowd – apart from one chap who seemed a little “refreshed” and keeps telling us all about his red Indian blood.
Eventually, the questions predictably switch to music. Some points below (some of them already covered off on the forums in earlier posts)…..

– Big tour of America being planned for June/July – “What you doing Hugh? East or West coast?” “All of it”.
– UK Tour of churches in Oct/Nov (I’m guessing acoustic here?)
– Working on new book (Doctor in Miami in 2050 – he’s about half way through writing this one)
– Working on new music
– Some festival dates in Summer (one on East coast – is this the Skegness one?)
– No contact with Stranglers although he didn’t mention any negativity and wishes them well.
– He doesn’t run any more and hasn’t done for over 25 years – points out the dangers of running.

Quite an enjoyable evening all round. 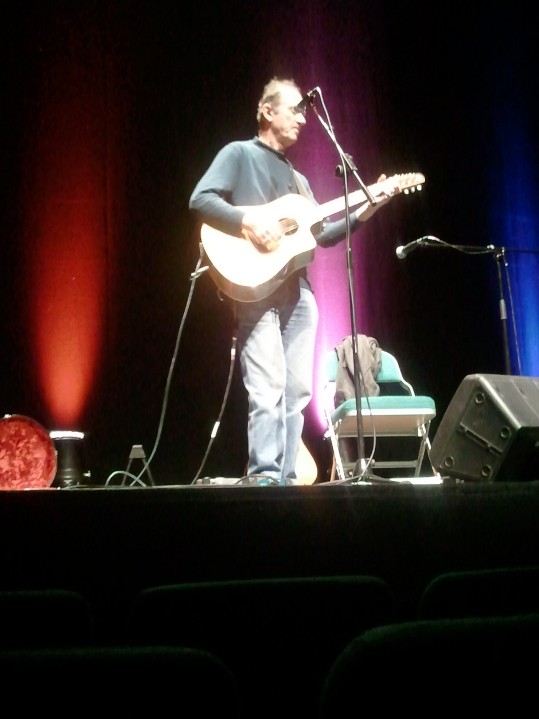 Great gig last night – I have a serious headache this morning. Got into Huddersfield at about 3.30pm – Nipped into the first pub we found for a quick pint (big mistake). Next thing we know the landlady is bodyslamming a punter into the wall – I check the time – its 3.50pm – wonder what the entertainment in here is like at chucking out time!! Finishing our pints and dodging flying bodies we make our way towards the venue in time for the soundcheck. Had a brief chat with a nice chap from Derby (never did get your name!) and his son who were both happy to be able to meet Hugh. Hugh appears, coffee and biscuits in hand (where’s  ours?!) and eventually we get down to picking out the encores – We’re given a choice between 5 Stranglers and 5 solo songs – we can choose 2 of each. I let father and son choose the Stranglers tracks (they choose ATS and Peaches) Lammy chooses Cadiz and I go for “Street called Carrol”.

Hugh ushers us to the front of the stage and then begins to run through the soundcheck. We’re treated so several numbers whilst Hugh and tech crew get the sound right. The in house sound crew (I think Ruth and Keith) seem a spot on bunch and patiently work through Hugh’s requests. We also offer feedback on his sound – In the end we get a bit of delay and a “chunky” rich feel – I think it was spot on to be honest.

There’s just time to get watered and fed before the main event – We opt for a pizza place just round the corner. Whilst there I get a text from Johnny who’s finally arrived safely and is sat in the pub over the road. We meet him in there for a swift pint then it’s on to the gig.

The sound was fantastic and the performance Hugh put in was just amazing. He seemed very happy and played a blinder. Tramp was my fave of the evening – just stunning. Had a brief chat with him afterwards and he seemed in good spirits. Talk of June for a potential release of the album and then tour in October – I think the dates will be on the official site soon.

I have some pics of the soundcheck which I’ll stick up – None of the gig, got a slapped wrist off one of the staff there for using my mobile to take a photo (flash was off!) – Ah well, fair enough.

Hugh was onstage for around 1 hour as support to Wilko Johnson. Packed out crowd and a solid performance from Hugh. Thrown Away gets the electric treatment and Getting Involved is added to the set.

This website uses cookies to improve your experience while you navigate through the website. Out of these, the cookies that are categorized as necessary are stored on your browser as they are essential for the working of basic functionalities of the website. We also use third-party cookies that help us analyze and understand how you use this website. These cookies will be stored in your browser only with your consent. You also have the option to opt-out of these cookies. But opting out of some of these cookies may affect your browsing experience.
Necessary Always Enabled
Necessary cookies are absolutely essential for the website to function properly. This category only includes cookies that ensures basic functionalities and security features of the website. These cookies do not store any personal information.
Non-necessary
Any cookies that may not be particularly necessary for the website to function and is used specifically to collect user personal data via analytics, ads, other embedded contents are termed as non-necessary cookies. It is mandatory to procure user consent prior to running these cookies on your website.
SAVE & ACCEPT